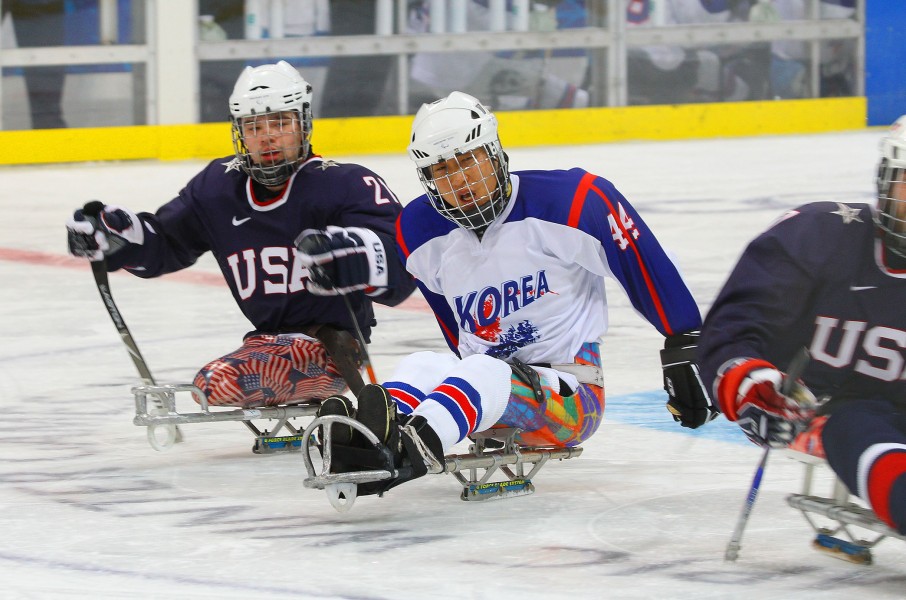 Ice Sledge Hockey (or as it is called in the US: ice sled hockey) is one of the more popular events of the Paralympic games, and it’s easy to understand why. This highly physical sport requires impressive physical strength and fearlessness. In this blog post we explore the sport’s history, equipment, and feature the full version of “Ice Warriors: USA Sled Hockey” from PBS.

Introduced to the sports world in the early 1960s, Ice Sledge Hockey came to fruition when some Swedish men decided to find a way to play ice hockey despite their physical impairments. They designed sleds and hockey sticks which would allow them to maneuver on the ice while effectively playing hockey.

Ice Sledge Hockey first appeared at the 1994 Winter Paralympics in Lillehammer with Sweden, Norway, Great Britain, and Canada competing. Beginning with the 2010 Winter Games in Vancouver, the introduction of mixed teams allowed women to also compete with men in the event; however, no women competed in 2010. No women are slated to compete in 2014, either.